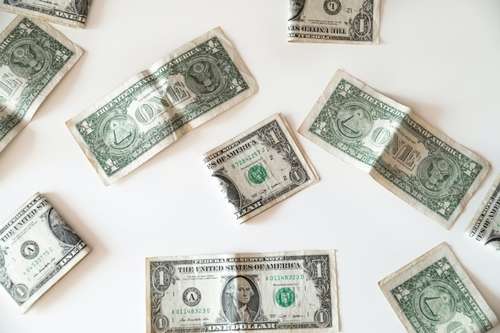 US Dollar printing leading to dollar softness – what you should do?

The central bank of the United States – The Federal Reserve, since the beginning of 2020, has printed over $3 trillion with the significant printing activity happening between March 4th, 2020 and April 15th, 2020 where the assets of the central bank rose by nearly 50% from $4.24 trillion to $6.37 trillion respectively. The printing was majorly carried out to combat the impact the Covid-19, which has resulted in a weakening economic condition.

But how does it impact the U.S. economy, currency and Indian investors?

How does the central bank put money in the economy?

The Federal Reserve prints money and buys bonds equivalent to the money printed from the financial institutions. This leads to a supply of currency in the economy, which is likely to drive down the interest rate (for borrowers), thereby putting an impetus on their consumption pattern. Additionally, lowering the interest rate also compels businesses to borrow and expand their presence. These activities are aimed at reviving the economy. The printing of currency however has led to weakening of dollar as seen the dollar index chart (See charts below).

What happens to the U.S. Dollar Index?

At what rate is the money printed?

The maximum growth in the printing was during the weeks ending March 18th, March 25th, April 1st, April 8th, and April 15th. Not surprisingly, the Dow Jones Industrial Average, after bottoming out around March 18th, started to gain traction with the week ending April 8th showing a 12% increase over the previous week. During the period between March 18th to June 10th, the DJIA returned as much as 36%. The explanation for the rally is simple that the money created by the central bank found its way to the American stock market and also the market outside of the U.S. in some cases. Considering the FPI activity, the data is in line with what one can expect with the creation of the liquidity by the central banker. Has the newly printed money helped the economy?

Well, the extent of downturn and pace of recovery is uncertain and is likely to remain the same in the days to come. Until a trend for full recovery from Covid-19 is seen, re-instating the confidence amongst the citizens remains a daunting task. Only with full recovery in sight, people will be able to re-engage in a broad range of activities. Also, the policy actions, to provide relief and to support the economic recovery, at different levels of the government is likely to show some signs in days to come.

What does it mean for Asian investors, particularly India?

A weakening dollar signals higher risk appetite and is considered positive for growth in the emerging economies. Further, the likelihood of renewed weakness in the U.S. dollar following Democrat Joe Biden’s presidential victory should give another reason for the investors to favour Asian stocks, including India. Robust local currencies help bolster national balance sheet, and borrowers benefit from lower dollar-denominated repayment.

Faced with a softening dollar, U.S. investors tend to seek growth and earnings opportunities outside the country. This has shown some improving signs for the economy such as India where the corporate earnings are responding positively.

We, at Edufund, believe that the dollar’s woes are expected to continue and Asia, including India, is setting itself for a constructive start to 2021. Any positive development on the vaccine front is likely to encourage investors towards riskier assets while shying away from traditional havens. Additionally, the fact that Democrats does not have Senate control may reduce the possibility of future stimulus thereby putting more pressure on the Fed to act aggressively for economic revival. Thus, the currency is likely to depreciate over the longer term, due to less favorable U.S. interest rates relative to other G-10 currencies than in the past.